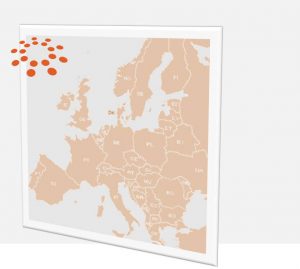 NOU Grup is positioned as one of the leaders in the Spanish market of electrical materials distribution, it was founded in 1986 and offers the know-how of an extended experience.

Nou Grup is currently made up of 46 associates and 105 selling points, with Mr. Jordi Balasch as the current President. Mr. Manuel de Paz Casero, member of the board in Nou Grup, is the current PRESIDENT OF GLOBAL ELECTRIC GEWA.

Gewa Italia, Italian distribution group as a result of the merger of Codime (co-founder of GEWA) and Eurage on the 1st January 2008. They count with more than 20 years of experience in the Italian electric distribution market.
As Gewa Italia, they are 39 associates and 90 outlets; the group is currently led by Mr. GioBatta Chiappori as President.

AIEW brings the largest number of distributors in the UK, with continued growth, strengthening its presence in the domestic market. AIEW has 102 members and 112 outlets.

AIEW, coordinated by Mr. Andy Gardner, assures members the ability to be competitive in all market segments, without giving up their independence and benefits.

The Union of Electrical Wholesalers El- Plus (Ltd ) was established by the initiative of highly reputed  Polish companies in the electrotechnical market, who have the knowledge, experience and capital to ensure financial security. After the merge of 3 national groups, El-Plus, led by Mr. Maciej Zaniewski as President, counts with 32 associates and 207 outlets. They intend to keep the number of partners and concentrate on qualitative growth and optimal relationships with both manufacturers and clients.