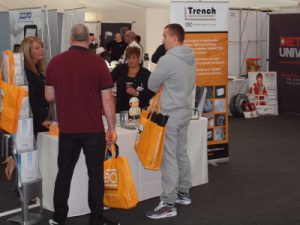 AIEW and members met at the annual Trade Show with 50 trade stands representing AIEW’s partner suppliers. With a variety of competitions, stands were busy. This is the opportunity to  bring Members and partner Suppliers together and build better business relationships. 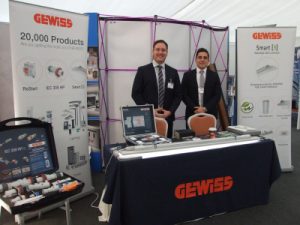 “On Saturday evening, Members and Suppliers gathered in the Kingfisher Bar for pre-dinner drinks followed by dinner in the Whimbrel Marquee. David Dunning (AIEW Chairman) welcomed the assembled guests and raised a toast to the Suppliers thanking them for their support both at this event and throughout the year”.  (AIEW Website News) 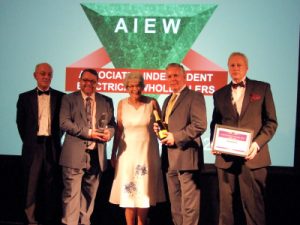 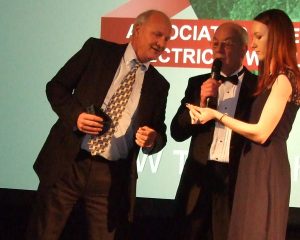 Andy Gardner, AIEW´s Chief Executive and Master of Ceromonies for the evening, then announced AIEW’s Partnership Award given to the Supplier that has done the most to push forward the partnership between themselves and AIEW’s Members, won this year by Timeguard with the award presented to Paul Markland and Roger Dean”.  (AIEW Website News)

AIEW brings the largest number of distributors in the UK, with continued growth, strengthening its presence in the domestic market, counting with 102 members and 112 outlets.